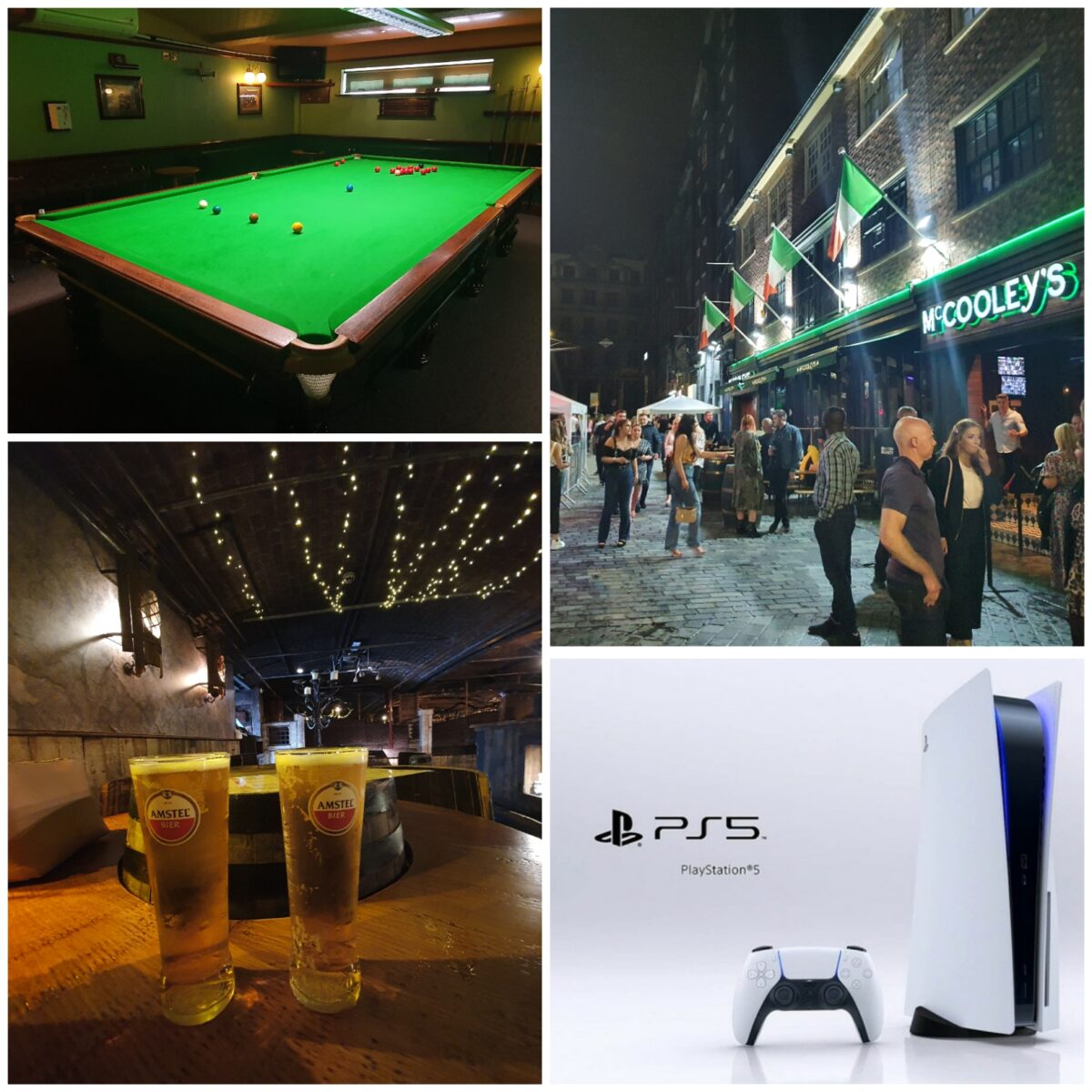 Hey everyone, hope you are all doing well in this altered world we are currently living in… And please, continue to keep safe!

I thought it was about time I did a Project 2235 update as it’s a couple months over due for sure :D. I plan to fill you in on what I have been up to over the last few months and of course provide a financial update to see if I am still on track to complete the 3 year 2235 plan.

So just to remind everyone, back in November last year I put forward a plan called Operation 2235. In summary, the plan entailed the following:

The below figures are taken from 20th September.

When it comes to my financial review of the last few months. I must say I have been very pleased with how things have gone with my spending and also with the market in general. I still have doubts about the market staying as high as it is but I can’t pretend I can predict it so I won’t even try to. I will simply continue to invest every month and won’t even contemplate market timing for a split second. As with my previous update, I have managed to continue to save money on fuel with mostly working from home and also on household bills as I am now mostly living at my partners. On the flip side, I have spent more than ever on going out and gifts which has balanced this out so I am still spending to my budget very closely. This has meant that I have continued to successfully hit my target of investing £1500 every month whilst most importantly – not depriving myself.

My big expenses fund has taken a slight hammering in the last few months due mostly to a few days trips, a £300 Liverpool weekend outing (expenses included) and recently from pre-ordering the PlayStation 5 which I had to get day one…All of this of course in my humble opinion is money well spent 🙂 and is guilt free. I am finding that the amount of discretionary spending I give myself per month coupled with my big expenses fund being available, is allowing me to continue to meet my targets whilst still enjoying the here and now (no deprivation). This is so important to me but until we return to a more normal situation without Covid-19, I won’t know if this is sustainable for the next couple of years and if I will need to invest slightly less if I find I need to spend more.

At the time of writing this, there are talks of more national lockdown restrictions coming into affect in the UK, there may be the banning of households visiting other households, curfews at 10pm in restaurants and pubs, the closing of hospitality venues and who knows what else. For this update though, I will be talking mostly about my life during the past few months and I can definitely summarise my activities during this time as returning to some normality, a new normal so to speak. I will now go into some of what I have been getting up to.

Oh boy, it really is the simple things in life. I have really missed being able to go out with my partner or friends to restaurants and pubs. After the restrictions started to loosen on July 4th. I found myself slowly getting back to normality on weekends by being able to go down my local for a few drinks on a Friday. I was also able to go back to Wetherspoons for some nice cheap grub with a few cheap pints thrown in for good measure.

It really is a guilty pleasure of mine to go out on a Friday and or some Saturdays for a few drinks and some food. I have quickly got used to the new normal of sanitising your hands on entry and leaving, track and trace form filling in, consciously trying not to get to close to people, dividers between tables and keeping left whilst walking around. To be fair, I felt fairly safe in most places I have been, and usually people have been abiding by the rules where I have visited. I do take this Covid-19 very seriously and I like to side with getting back to a new normal whilst always being mindful that we are going through a pandemic, this must never be forgotten.

I have finally been fortunate enough to be able to visit a cat cafe with some younger relatives of mine. This was the one in Birmingham and was an interesting experience for sure. I am a cat person so it was pretty cool to see friendly curious adorable cats young and old running all around you. I honestly thought they might all just hide and you would rarely see them, but to be fair, they were very curious and always out and about after attention. Just being able to visit such a place did make you think things were normal again, well whilst in there at least. I will give a bonus picture of a cat we found by the toilets…

Onto Snooker…I really like to play snooker with my dad, it’s a good chance to have some father and son time and we are so evenly matched it’s really cool as you never know who will win. It was therefore brilliant last week to actually get to play a game again, it’s been over 6 months since we last played. In terms of a new normal – We just had to wipe the sides of the table down before and after use and wipe the balls before and after with sanitisation wipes. You also have to bring your own cues which we do anyway. Otherwise there was no difference, I ended up losing though which was a bummer. It was 3-2 which it usually is.

The highlight for me over the past few months without a doubt was a recent trip me and my partner had to Liverpool. We traveled by train and had 2 nights at the Hard Days Night hotel. We like to do this at least twice a year as we both love liverpool. We thought that the trip would be good but we had no idea how normal it would feel, dangerously normal I would say at times.

By the time we went to Liverpool, I had got used to wearing my cloth mask which was more comfortable to wear on trains and also when looking in shops for longer periods of time. It actually became even more normal and just automatic with this trip though as often times I would still have it on on the streets without realising. The differences from our normal trips was obviously wearing a mask on the stations, on the trains and in shops and hotel. The need for sanitising hands before you enter and leave places and track and trace as previously mentioned. As this was liverpool and more crowded, we also had to queue briefly before getting into restaurants and some pubs although this was never more than 15 minutes.

Despite these differences though, the atmosphere at night was brilliant, there was so many people out during the day and nights. We got to go to the world museum which is brilliant, there’s so much to see in there. When it comes to the night life, some of the bars were clearly treading fine lines when it comes to the rules though, the music was loud, people were having cheeky dances to music at their tables. It really felt fantastic after so long of not being able to enjoy a night out dancing with tunes on (guilty pleasures of mine).

We even got to see live music in doors unexpectedly when walking past a pub only to hear a singer inside. We didn’t realise it was even allowed but it is now with limited numbers, that was even extra special, how we managed to get a seat I’ll never know.

Looking back at that now, we were lucky to experience it for sure. Liverpool is now in a local lockdown and the rest of the country might be going that way soon. It was without a doubt though lovely to have a glimpse of life being as close to normal as it could be right now.

What about the world of work? Enough about pleasure and fun hehe. Well it’s been the same old really. I am still working from home pretty much 4 days a week on average with one day in the office on a rota. The big change is that we recently had a few confirmed cases of Covid-19 in our building so one entire floor of people had to quarantine and a deep clean was performed. We now have to wear masks when moving around which I don’t mind. I don’t use the kitchen any more as I did for tea previously but now I just take a big bottle of squash. I am still happy I don’t have to wear a mask at my desk, that would really annoy me to no end. We have more than 2 metre distancing so it shouldn’t be needed, but I agree with wearing a mask when moving around.

Well that’s it for now…Thanks for reading my update as always. I would love to hear how you are all getting on and what you have been up to.

Looks like you did sort of return to normality with all those drink and food pics! The last time I was in a pub was in February!

The extra lockdown measures imposed recently don’t really change anything for me as we’ve been living with such restrictions in Greater Manchester for the past month or so already.

Good going on the savings, which you’ve continued despite expenses such as outings and your PS5.

Yeah thanks weenie. Loving the PS5 now I have got it. Really feels next gen. You really have been in lockdown so long now…
TFJ

Sounds like your well on your way to achieve project 2235! Its wonderful you’ve set a marker down to retire by and still young as well!

That food sure does look good and so does Liverpool! I really should visit it sometime!

Thanks for your comment LMF, lovely to here from you. Hope you are doing well. TFJ