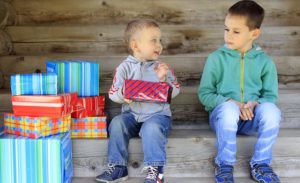 Now, these reasons above are general feelings I have about this and this doesn’t apply to everyone. I have a few very close friends, the kind of friends you can feel completely relaxed in their company, you can talk about more or less anything so to speak. I have told them about much of this whole FI thing but I still wouldn’t tell them about this website though, I feel like this is my private space where I can discuss FI and other things in relative anonymity. It’s also worth noting that I have told my partner as this isn’t something I would or could hide from her however I don’t tell my father or other family members. 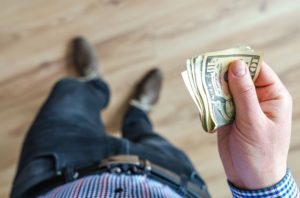 Back to why I don’t tell people in general though. As an example – I have one friend who has money worries and is trying to make a success of a small business, he often talks about his struggles financially and I just feel it would be wrong to discuss how I could last years without working, might never have to work again in around 5 years etc. It just doesn’t seem right, he probably would feel worse about his situation and would definitely be jealous.

I also have family who are kind of benefit street types that I know would be constantly asking for hand outs if they found out I had money, they already try when they don’t know how much I have. My father also has a past history of people wanting to borrow money of him, he has talked at length as it can and has set people up against him, people belittle his situation of having retired early and having money. He said that it feels sometimes like it drives a wedge between you and others at times. People can just think you have no worries and you are lucky so they don’t relate to you at that level anymore. This is of course nonsense as it cannot elimainate worries or common bonds of being human that we all have but it definatly can happen.

Giving advice to others

My compromise is however that I will tell anyone how to try to tackle debt, budget and try to track your money better. I even discuss that I do invest to some if they are curious but I don’t go into details and I never mention the words Financial Independence. I just don’t want to create that jealousy, divide that I think it can create. That’s just me though!

What do you lot do? Do you tell everyone, are you completely open or completely hidden even more than me. I would love to hear your thoughts on this.

“I never mention the words Financial Independence” This. My close friends and siblings are aware that I am aiming for ‘early retirement’ but I’d never mention FI or my blog to them. If they were to stumble upon it, they would know it was me, as I’m only semi-anonymous. That said, I’d say that they’re likely to act in a mostly positive way if they found out for real. There is one friend I have who doesn’t know of my plans and she’s always struggling with money (as a result of her lifestyle choices) – to mention my plans would… Read more »

Thanks for your reply weenie. That’s good that you think they would react positively if they found out. I have two friends in particular I have a good laugh with about all of this FI. I even managed to convince them both to start their own FI journey long ago although that wasn’t my intention, it’s good I can talk to them about this stuff but I’d still rather keep this blog under wraps for now though 🙂

I totally understand this. I haven’t even told anyone outside of the blogging world that I’ve quit working! I think society now measures peoples worth by how much they are financially worth.

My family adore Mr Fire (possibly more than they like me) as he is well spoken and assume he is worth alot of money. I don’t want to share my FI journey with people like that!

Im like you ive given advice to a couple of people at work as they know im interested in finance. As you say ive learned to curb my tongue a bit as alot of people think im saving alot because I’m earning a decent sum which leads to jealousy which i do understand . Which is true in one way but i know plenty of people who earn similar amounts to me that arent anywhere near the net worth i have. And ive only been earning enough to put me in hgher rate tax for the last 5 years so… Read more »

Thanks for your long post fatbritabroad. I agree that basic financial advice needs to be discussed in schools, it would certainly help a lot of people. There is no doubt that someone can be earning 70k a year and yet still be one pay slip away from financial meltdown whereas someone on 30k could be sitting with a huge buffer in case of problems.